In March of 2013, I uploaded a blog post called Animals of Reddit. The blog post prompted a lot of questions, comments and responses. Even though we have not yet reached the topic of animals, the due date of the 5 comment blog participation is drawing near. I want to help you reach the end stretch of your assignment.

This said, the following post will include a gallery of animals that have gained some notoriety in news–via The Atlantic, a publication over 150 years old. While looking at these pictures, it is important that you think about concepts that we’ve already discussed in class; which include: protein synthesis, homeostasis, heredity and genes, taxonomy and cladistics, the characteristics of life, the chemistry of life, etc. Needless to say, this post, along with the Animals of Reddit post, will be revisited in the near future.

I encourage you to participate in any way that you deem possible; but it will be especially noteworthy if your participation includes high quality, high-res pictures of rare animals–make sure you include the url (or link) from where you got the picture.

Uroplatus sikorae — These animals are reptiles. They are not amphibians, as many people in Puerto Rico are led to believe.

The bumble bee belongs to the genus Bombus. Bees are fundamental for any ecosystem. Their sexual behavior allows for plants to cross-pollinate and reproduce as well.

A good title for this picture could be ‘Serendipity’. Pure chance allowed the capture of this magnificent and rare image: “Remote cameras set up to track Siberian tigers in Russia caught the golden eagle attack on a sika deer, snapping three photos as the massive bird dug its talons into the distressed animal’s back.” 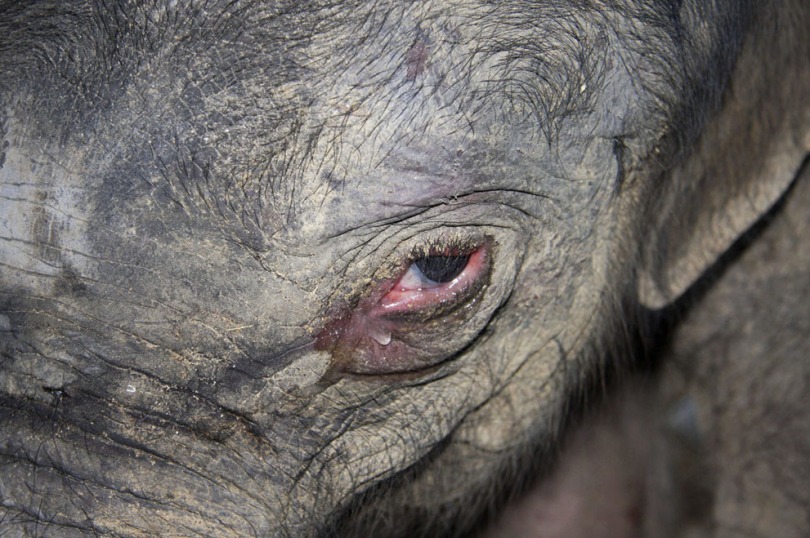 This baby snow leopard (Uncia uncia) is a an endangered species. They live in the cold, mountainous regions of Northern India, Nepal, Tibet, among other Central Asia countries.

Phyllomedusa sauvagii (a.k.a. Waxy Monkey Leaf Frog) has adapted to meet the demands of life in the trees. It does not need to return to the ground during the mating season; rather, it lays its eggs down the middle of a leaf before folding the leaf, sandwiching the eggs inside. Its nest is attached to a branch suspended over a stream, so the hatching tadpoles drop into the water

Amblyrhynchus cristatus is an iguana found only on the Galápagos Islands that has the ability, unique among modern lizards, to live and forage in the sea, making it a marine reptile. The iguana can dive over 9 m (30 ft) into the water. It has spread to all the islands in the archipelago, and is sometimes called the Galápagos marine iguana. It mainly lives on the rocky Galápagos shore, but can also be spotted in marshes and mangrove beaches.

The feet of Sula neobuxii. 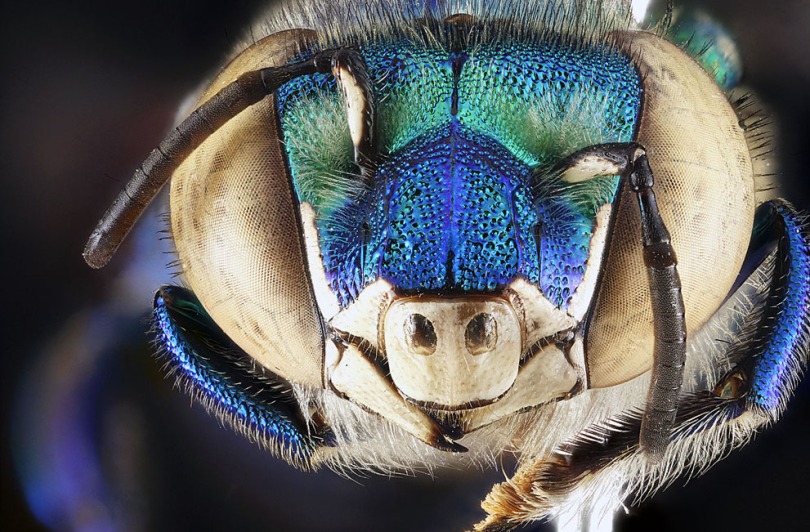 This gallery could not be complete without insects, nature’s most successful animals. This is Euglossa dilemma, a bee from the genus Euglossa. It is an orchid bee, meaning that it has coevolved with a particular species of orchid.

These are the eggs of Murgantia histrionica, a bug that loves cabbages. 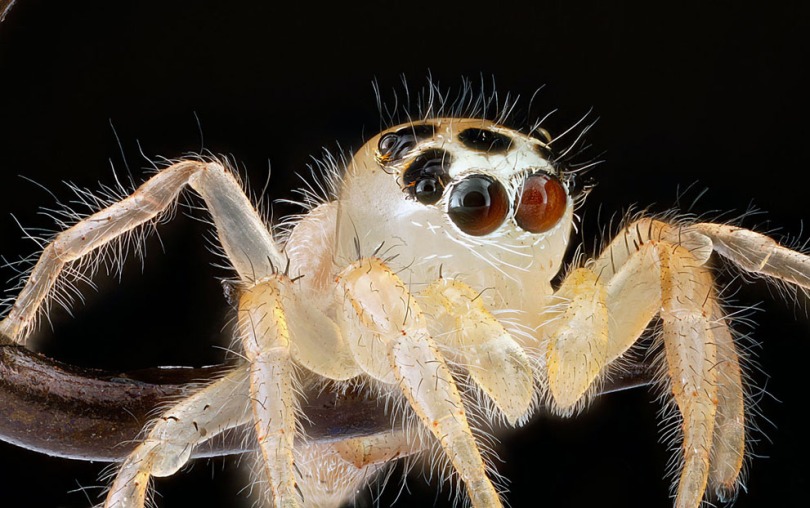 A jumping spider is easily recognizable by the pattern of its eyes.There are thousands of species, making it the most bio diverse group of spiders.

With the Steel Blue Cricket Hunter (Chlorion aerarium)–possibly the most epic name for an insect ever–we conclude this second gallery of animals curated from the web. Remember, if you come across animals that could be added to this or other galleries, don’t hesitate to put a link on the comment section of this blog post.

81 thoughts on “Animals in the News (via The Atlantic).”